What Is the Origin of Handbag?

Handbag as people's belongings, will you consider about the origin of handbag ? Our factory today to dig deep how the handbag develop with you.

Someone once said: “If you do not love handbags, you just do not love life itself”. Of course, it exaggerated handbags’ status, but now more and more people are carrying a handbag out. 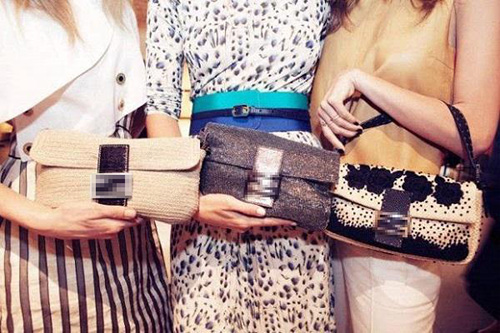 Handbag is actually evolved from the evening bag. Since 1920, cause Hollywood stars and socialite carrying customized handbags to attend special occasions, the handbag has gradually become one of the evening standard. Handbags were evolved from evening handbags, so where are the evening bags from?

In fact, the evening bags wrapped the small bag of the Victorian period. Under normal circumstances, ladies will place handkerchiefs and smelling salt in small bag. Napoleon's wife, Empress Josephine, would prefer this small bag. Meanwhile, she led this type small bag to be popular in the court, then such a small handbag and flows into the folk.

However, after the Victorian period, the small bag lost charm for some time. Then after the World War II, that samll bag became popular again and smoothly developed into ladies' essential in the upper class society when attended the formal occasion. At that time the main handbags made of plexiglass, phenolic resin, silk or brocade.

In the 13th or 14th centuries, there were ladies evening bag as well, but this bag parts were all from the complex wall hanging, and complemented by embroidery and trinkets from religious ritual clothing. From these clues inside information, these handbags were handmade. 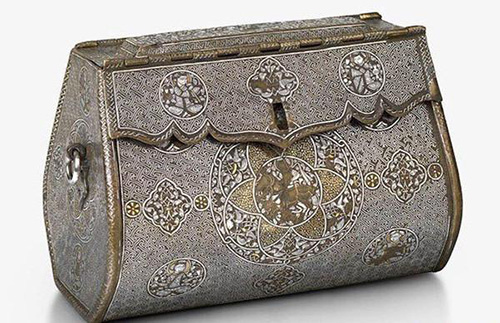 The oldest handbag in the world

However, handbags were not always small. Because ladies' stuff had increased, such as a fan, perfume, as well as business cards. In Queen Elizabeth regency, between 15th and 16th century, it developed into grapes and frogs shape evening bag with crochet compiled.

However, this trend was short, more elegant evening bag had emerged. Later during in the 17th and 18th century, a new card game was fascinated in Europeans. Games regardless of class and age, everyone was obsessed with this gambling game. There were one things in ladies' handbag, that was bargaining chips. It also spawned another new handbag, it was chic and elegant handbag for gambling. 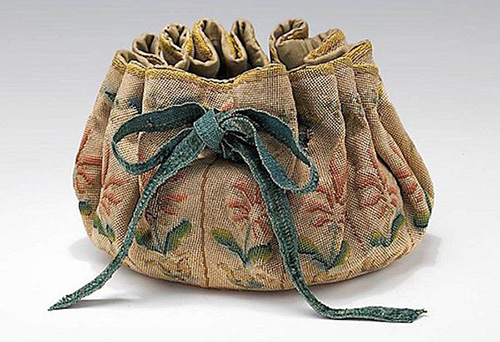 In the 19th century, handbags gradually had some modern sense - not only used to hold things, but also to show off. In this period, the ladies began to seriously regarded handbag as clothing accessories. In addition, they would choose different types handbag to cater for different occasion. In the new life of railway time, the style of these handbags were handed down. It would paint and sewn user's' name and had always insisted handmade.

Evening handbag design of the 1820s

Around 1930, during the Great Depression, it could be also seen the impact of the economic crisis for the handbag. Many people had found their old handbags and reused again.

But after 1930, the history of the handbag is an important year. At least, evening bags got another name Minaudière (French: Cosmetics capsule). This name was concerned with Van Cleef & Arpels, a jewelry & watch brand. In 1930, Van Cleef & Arpels designed their own handbag. This design was inspired by the American socialite, Florence Gould who loves the arts sponsorship. It was said, Florence Gould particularly like to pack her belongings in a special box of cigarettes. Key statement about the Lucky Strike, it is cigarette box. At that time, this handbag usually was embellished with gold and silver, and quickly became the love of movie stars and society celebrities. And competition brand with Van Cleef & Arpels at the same period also had Tiffany & Co., Cartier and Chaumet. They had their own design handbag, but now no longer involved in this area. Later, Bottega Veneta made innovations, the gold and silver embellishment were replaced leather material.

Now you're seeing handbag in the market have been rudiment around in the 1930s.

Evening handbag design of the 1830s

Of course, the history of handbags also the history of the entire bags as a background. After the World War II, due to the effects of war, all handbags available in the market were designed with some traces of forces larger and more practical, furthermore, handbag became a little bit bigger.

That time was born a classical type handbag and now still be popular. In 1947, craftsmen used the post-heating bamboo to make handbag parts. This handbag quickly became popular, even to the end of the war. After 1950, this is still the best-selling bamboo handbag.

That is the origin of handbag, do you get something from it?